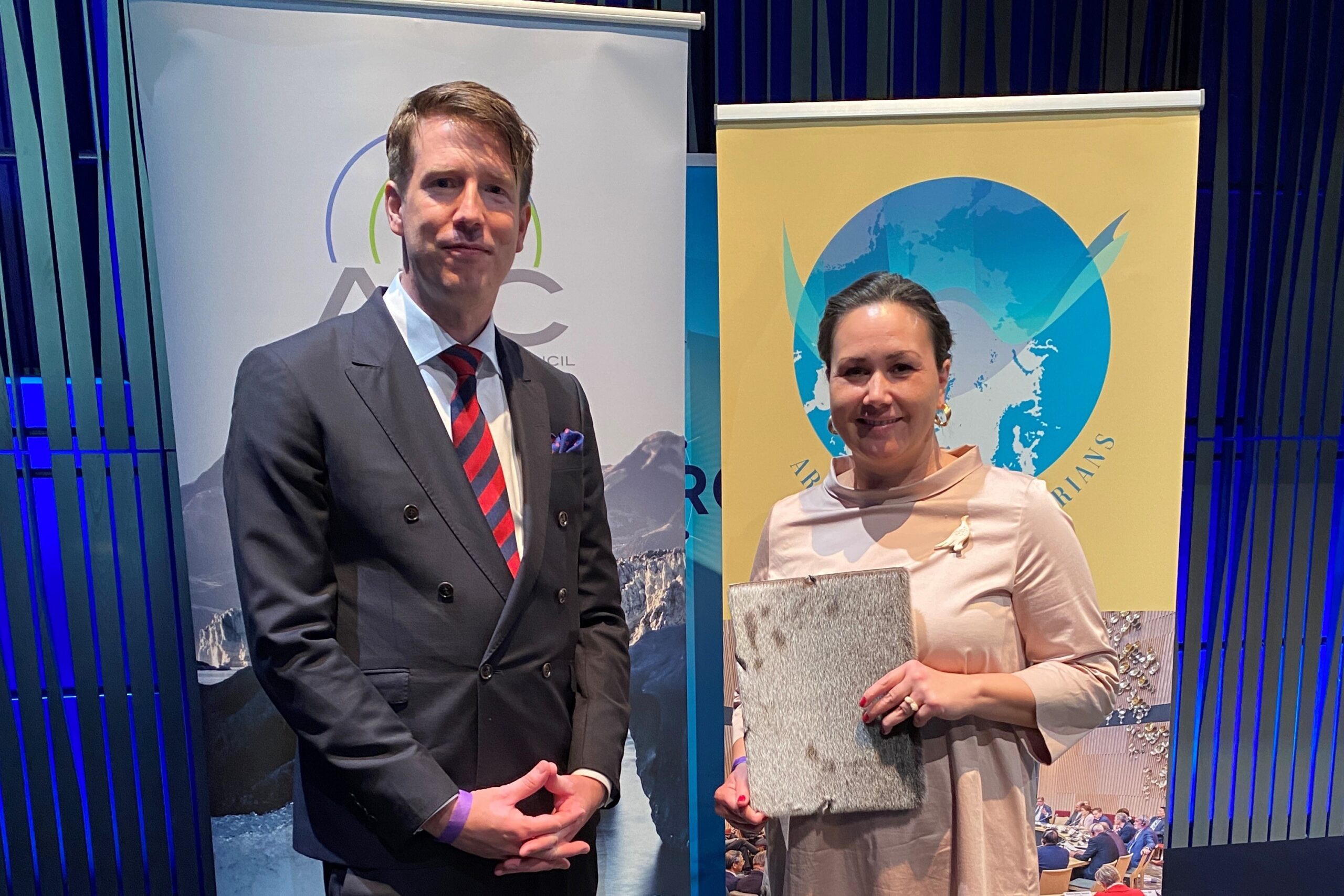 Signing of a Papers on Sustainable Development in the Arctic

The Arctic Parliamentarians and the Arctic Economic Council took a new step towards consolidating a partnership working towards sustainable human and economic development in the Arctic, when they signed a Memorandum of Understanding (MOU).

The focus of the panel debate was sustainable economic development and what it will take to attract foreign investment to the Arctic – especially for Greenland the importance of political stability was discussed. The panel debate was followed by the signing of an understanding paper between the Arctic Parliamentarians and the Arctic Economic Council.

“Partnerships in the Arctic are important. Arctic Parliamentarians are a natural partner of the Arctic Economic Council, as we both represent the entire Arctic, in addition we also have in common that we fight for investment in the region”.

“With the signing of this agreement, we have taken a new step towards a collaboration that will secure new investments for the Arctic, for the region as a whole, but also for the inhabitants of the Arctic,” says Aaja Chemnitz Larsen in conclusion.

ALL NEWS
BACK TO TOP